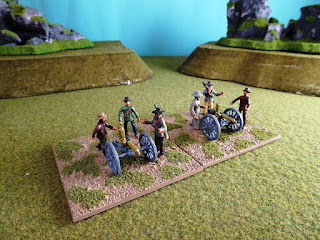 This completes the Boer artillery for this project, next I need to sort out some British guns.
Posted by Stryker at 04:45 9 comments: