I’ve just completed this unit of Jacklex British infantry which has prompted me to carry out a small reorganisation of the British forces. This unit will now be designated as the 1st Devonshire Regiment and my previous unit to carry this name (click here) has been promoted to the Guards. 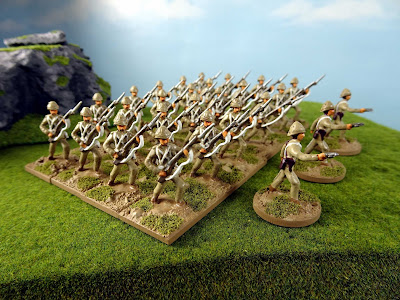 It seemed like a good idea to use my two Raventhorpe units as Guards because the figures are slightly bigger and chunkier than Jacklex figures.

The Battle of Belmont will be along shortly.