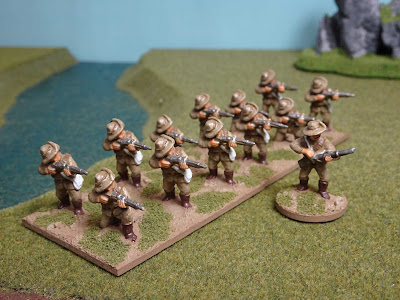 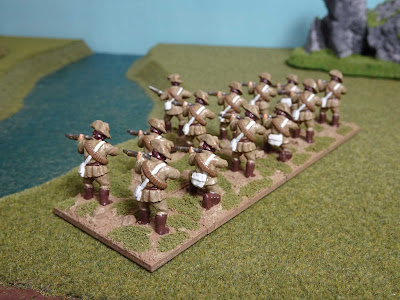 The figures are by Newline Designs except for the Officer who is converted from a Raventhorpe Miniatures Boer.
Posted by Stryker at 05:21 6 comments: