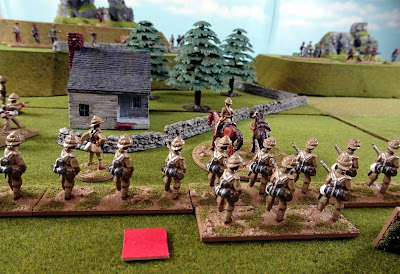 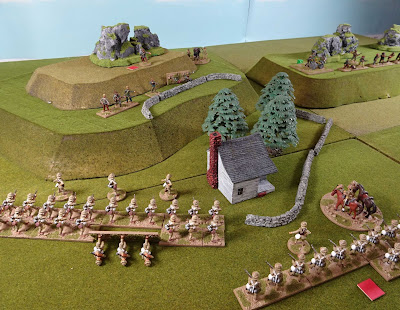 
An enjoyable but frustrating game from the British point of view. It started so well that I thought a spectacular victory over the Boers was on the cards but once again, when the Mausers got going, everything fell apart.
The constraint of having all the British troops in close order did lead to extra casualties but I think the real problem was the unimaginative frontal attack. In the real battle the British did force the Boers off Talana Hill but they took heavy casualties in the process. It’s probably worth me playing the game through one more time though just to see if I can get a better result for the British.
Posted by Stryker at 02:23 6 comments: