The Devons are finished and based ready for action. There are 24 riflemen plus the usual 3 officer figures to make my standard British infantry unit establishment. This brings the total number of British infantry regiments to four which must surely be enough to beat the Boers? 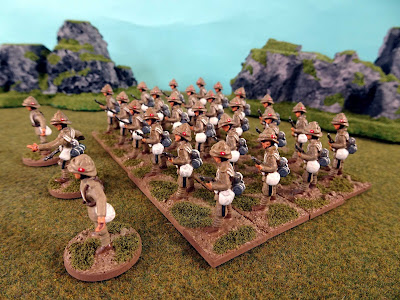 That’s probably it for the British forces now but I will add another Commando to the Boers at some point just to be fair.
I’m hoping to play a solo game of Talana Hill soon but just need to complete some scenic items first.
EDIT***updated photo***
Posted by Stryker at 08:19